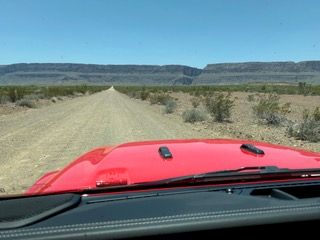 Copyediting can be every bit as tough as composing. When I wrote textbooks, my manuscripts went through at least two or (more often) three levels of professional review to get every detail right—and even then errors slipped through.

I don't have that luxury now. Just one copyeditor and so many reviews of the manuscript on my own that I know parts of it almost by heart. And there's he rub. Very soon, I'm reading what I think should be on the page rather than what's actually there.

In the very final stages, the smallest details require the toughest scrutiny.

Of course, at some point the entire manuscript needs to be real aloud—usually more than once—to catch places where words are too noticeably repeated. And then every correction has to be checked and rechecked so that fixing one error doesn't introduce another, one of my greatest failings when I'm copyediting. Fortunately, I have a very patient book designer.

I recently uploaded an updated version The Window Trail to correct some mechanical slips in that volume. The tweaked edition in both print and e-book form is now available.