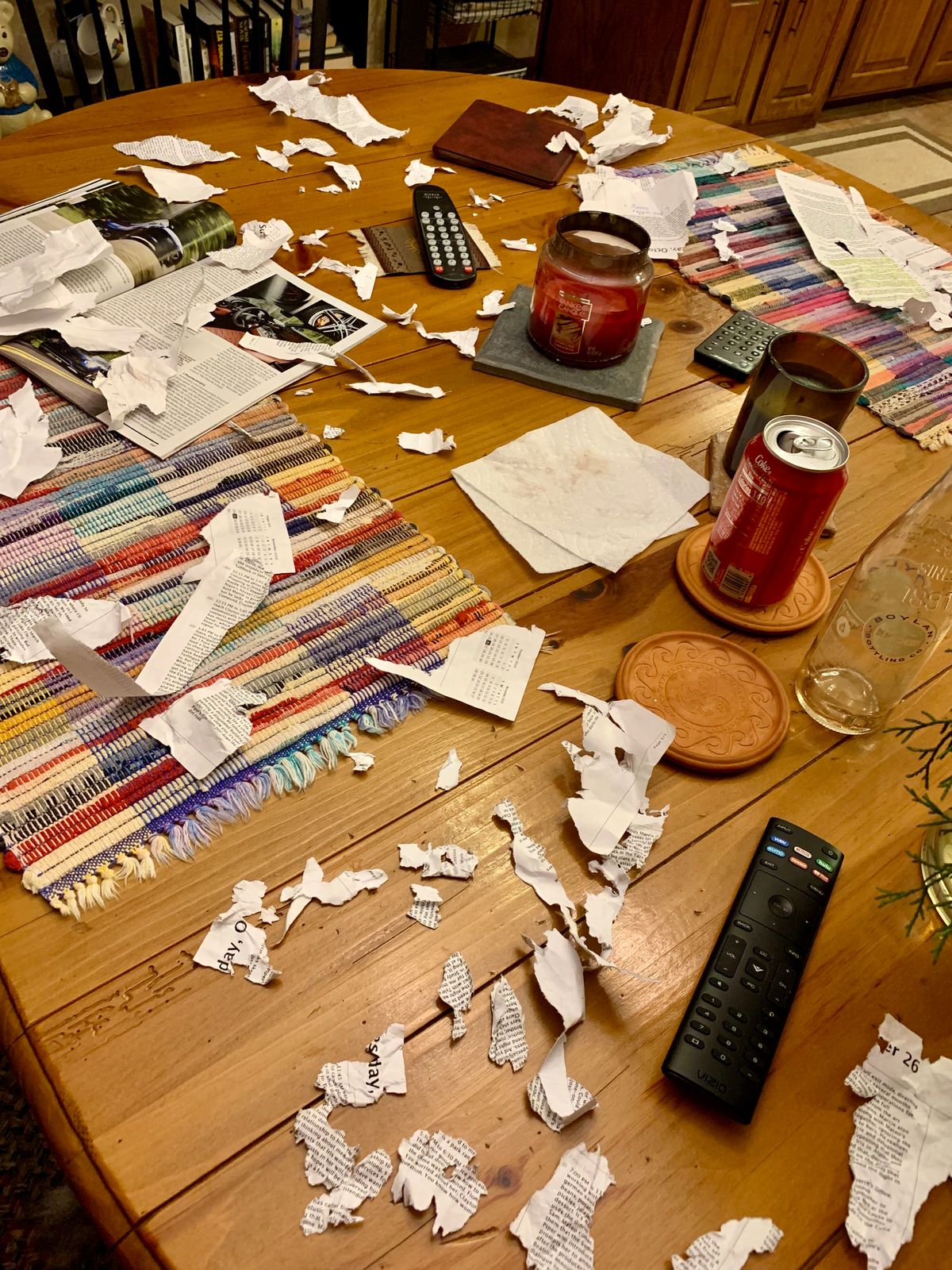 I've told this story a number of times to friends. In December 2018, as I was closing in on the final chapters of The South Rim Trail, my nine-month old schnauzer pups—left alone in the house—tore apart the sole copy of my detailed outline for the book.

Of course, any author of mysteries needs tight control over who is doing what to whom when. So I'd prepared a scene-by-scene description for my story using the Calendar program on my computer. Calendar wasn't really designed for writers, yet it seemed adequate at the time. I eventually printed one copy of the timeline, which ran more than twenty single-spaced pages. Then the Calendar file disappeared—or maybe I hit the wrong key and accidentally trashed it? Oh, well. I had my paper version.

And, I know, I should have copied that. But I never bothered. What could go wrong?

One evening, heading off to dinner with a former student, I left the outline of The South Rim Trail on a table next to the recliner where I spent hours a day composing the book. I'd done that routinely. The dogs had never ventured there before.

So when my friend and I returned from dinner, we found the kitchen floor covered with what looked like confetti. The pups seemed proud. Naturally, the only pages of my summary to escape their teeth covered chapters I'd already composed.

We started slowly, gathering Scotch tape and the biggest pieces we could find. It was very rough-going at first and discouraging. We almost gave up. But we gradually grew better at matching related pieces, both by the words and letters on the fragments and the shape of the savaged items. (The tiniest scrap contained but a single vowel.)

We had to consider, too, that some sentences might be in the bellies of the beasts.

Several hours later, we'd recovered perhaps 90% of the most damaged pages, enough for The South Rim Trail to move forward. As it turned out, I added considerable material to the closing third of the book not anticipated by the outline. I guess that's always the case when favorite characters assert themselves and demand the book-equivalent of more screen time.

For The Lost Mine Trail, third book in the Big Bend Mysteries series, I'm using a more dynamic outlining program specifically designed for writers (Aeon Timeline 2). It doesn't lend itself to paper copies, but you can be sure I keep multiple copies of the book file itself. Look for this novel late in 2020.